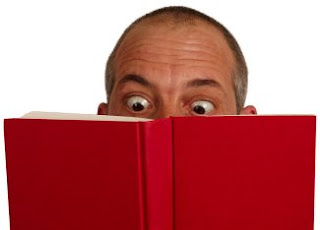 In case I don't get to it around the holidays, I'm going to post a list of the books I read in 2009.  I've managed to get through 20 (if you don't count the children's book by Tolkien), which matches my last year's total.

When I look at the last book list versus this one, I'm surprised to find less favourites here than last year which had some greats.  That being said, I was glad to get through a bunch of classics this year with the book club, and hopefully we'll be able to keep up the pace in 2010.  Please check out the reviews below [they may be helpful for holiday gift giving].
Asimov, Isaac.  I, Robot
Bradbury, Ray.  Farenheit 451
Bronte, Emily.  Wuthering Heights
Brown, Dan.  Angels & Demons
Card, Orson Scott.  Ender in Exile
His Holiness the Dalai Lama and Howard Cutler.  The Art of Happiness at Work
Dickens, Charles.  A Christmas Carol
Dostoevsky, Fyodor.  Crime and Punishment
Forster, E.M. A Passage to India
Freeman, Ru.  A Disobedient Girl
Gladwell, Malcolm.  Outliers
Hemingway, Ernest.  A Farewell to Arms
Hemingway, Ernest.  The Sun Also Rises
Huxley, Aldous.  Point Counter Point
Kafka, Franz.  The Trial
Leahy, Michael.  When Nothing Else Matters: Michael Jordan's Last Comeback
Marquez, Gabriel Garcia.  One Hundred Years of Solitude
More, Sir Thomas.  Utopia
Swift, Jonathan.  Gulliver's Travels
Tolkien, J.R.R. Bilbo's Last Song
Vonnegut, Kurt.  A Man Without a Country

Best book of 2009: Farenheit 451
Worst book of 2009: A Disobedient Girl
Most Likely to 'stick in your head': The Trial
Most Difficult to Read: Utopia
Biggest Disappointment: I, Robot; One Hundred Years of Solitude
Best Quotations: Point Counter Point
Posted by Eclectic Indulgence at 5:13 PM

Email ThisBlogThis!Share to TwitterShare to FacebookShare to Pinterest
Labels: Year in Review