The Mill on the Floss | George Eliot (Mary Ann Evans) 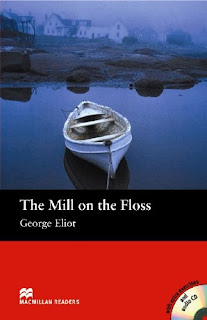 Let me preface by saying that this is the first time I have read anything by George Eliot (Mary Ann Evans). This is another work which set in the UK, written by a female author, and published in the Victorian era of the mid-19th century (1860). Based on that description, you could associate the work with a number of her peers... the Bronte sisters or Jane Austen. Looking back, the closest work I could relate it to would be “Jane Eyre”, which in my mind, is a compliment.


The story is about two siblings, Maggie and Tom Tulliver who grow up in the town of St. Ogg in the 1820-1830’s. It chronicles their lives from the ages of 8 and 10 respectively to adulthood. The novel centres on a few key themes: redemption, love and the “Divided Self.”

The main crisis in the Tulliver family details with the stubbornness of Mr. Tulliver, Maggie’s father. He is a proud man and his pride gets the better of him. When he gets into a legal battle with Mr. Wakem, he ends up losing all that he owns include his beloved Mill on the river Floss. Despite Mr. Wakem trying to make amends by employing Tulliver on the Mill (which he purchased from the bank), Tulliver never forgives Wakem and gets Tom to promise to eventually ruin Wakem [he swears it in the family Bible]. Tom spends his days working and his nights going to school (to be a bookkeeper) so he can earn enough money to pay off his father’s debts. He eventually makes some smart business decisions and “redeems” the family name. He has a falling out with Maggie, though, over her love for Mr. Wakem’s son Phillip. Tom feels as if all the hard work he is doing clearing the family name is being tarnished by Maggie’s actions.

While Tom is steadfast and unwavering on his one and only goal of clearing the family name, Maggie is continually struggling with her divided inner self. Her love for Phillip has been forbidden by Tom, and she continually fights with what she feels is doing the right thing (not seeing him) or ‘caving’ into her emotions. When she falls in love with her Cousin Lucy’s fiancé Stephen, she now risks upsetting her only friends, Lucy and Phillip. Stephen feels the same way for Maggie, but Maggie will not allow her emotions to get the better of her and she struggles with her feelings. Life is hard for Maggie, but in the end she is brought to some peace with Tom, and ultimately, herself.

Maggie’s constant need for love and affection from Tom and others around her is her Achilles’ heel. She lives life for others and is conflicted when she can’t live up to everyone’s unrealistic expectations of her. If she didn’t care so much about what others thought and felt, she could be happy. In the end she would have married Stephen, moved away and lived a nice life together away from St. Ogg. But Maggie feels so strongly with her own emotions, she wishes to cause no emotional harm to others. In the end, she harms both worse by trying too hard not to.

The novel had great characters including some of Maggie’s aunts and uncles who were among the most deplorable human beings you could have imagined. Evans was able to paint all these characters with both strengths and faults, which really gave you the impression that they were real people and not ideals. This was in contrast to some other Victorian novels (ex: “Pride and Prejudice”), which made this work all the more special.

The prose had some great moments, but instead of being scattered throughout the work, they were often article interjections which occurred quite frequently at the end of the chapters. If Evans would have interspersed these moments throughout the novel, I think it would have made the work much stronger.

This novel may mirror the struggles of the author, Mary Ann Evans, who had an affair with a married man. You get the feeling that only direct experience with struggle would lead a writer to portray that struggle with such a bleeding heart. The emotional turmoil in this novel was well described, the characters were honest and the story was enthralling. If I had any criticism other than the one point in the preceding paragraph, it would be the ending. While it tied up the loose ends, it really didn’t feel right... and I kept waiting for a Wakem ruin that was never to be.
Posted by Eclectic Indulgence at 11:00 AM

I love this novel! I will probably re-read every couple of years for the rest of my life. Little Maggie Tulliver is a 'spitfire.' Eliot made the point, much like Thomas Hardy, that the double-standard was so cruelly applied to women; and with disastrous consequences.

All I wanted was for "the little gel" just to end up being happy and able to love Philip Wakeham. Eliot is probably at the pinnacle of Victorian writing for me. I read all of her novels this summer, and what a ride it was!