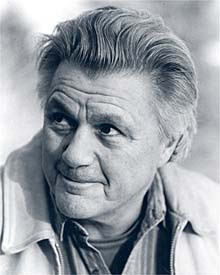 It's Friday again, and time for Book Beginnings (sponsored by Becky at 'Page Turners').

As you know, I'm out of the country right now but I am having an out of body experience and publishing these posts in the virtual world from the past.  Think Hot Tub Time Machine without a horrible script, a hot tub or a time machine... really just me posting things a few days before I leave... in a magical forethinking kind of way.

That aside, here is the first line from John Irving's "The Fourth Hand":

"Imagine a young man on his way to a less-than-30-second event -- the loss of his left hand, long before he reached middle age."

I don't mind this foreshadowing right off the bat.  It sets an expectation right away and knowing Irving, the story behind this you're not going to be able to guess.  It's going to get bit off by a lion or he's a knife salesman and someone knocks him over and the knife lands an inch away from his left hand and then some crazy kid that got into his parent's drug stash comes at him with a meat cleaver.  It's going to be something like that, and this opening line gets the imagination flowing.  It's a technique that has been used before (it's nothing transcendent), but it gets the job done.

The one thing I don't like is that he starts it out with 'imagine' which is essentially like a salesman saying 'picture this!' before he gives his pitch.  Thoughts?
Posted by Eclectic Indulgence at 12:00 PM

Hm, that's certainly a cool way of starting a book. I've never read anything by this author so I don't know his style at all! Hope the book is good.