A New Award and a Trip! 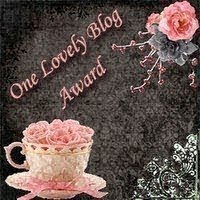 I have pretty nice friends.

Thanks to Toni from Nowhere Fast who gets points* in my books for being so thoughtful and extra points* for being from New Zealand... the only land that I've never been to but feel like I belong to.  I have seriously considered leaving everything to move to New Zealand without even visiting first.  It just seems like my kind of place.

*The points can't be redeemed for anything, but that doesn't mean they aren't nice to have.

Speaking of traveling, I'm about to go on a little trip myself to Europe for a little longer than a week.  I'm nearly packed and ready to go (I leave Wednesday), but that doesn't mean I have forgotten about the blogger community.  You'll still see a couple of posts this week and next because I have cheated and scheduled some reviews to post later on.

I've decided to take "The Fourth Hand" (note that the Canadian version has a 'u' in it) by John Irving because I have a cheap paperback copy that is pretty much ruined anyway and I won't mind if it gets damaged.  I've read "The World According to Garp" and "A Prayer for Owen Meany" and loved them both... but I'm trying not to get too pumped over this next one because I've been told there is a big drop off from those two... and maybe "Cider House Rules" as well.

Anyways, that's it for me.  If you also have this book sitting on your shelf and want to read along I'd be thrilled to see what you thought of it.  I wonder that if you have a positive vacation experience if you enjoy the book more.  I have found memories of reading "Ender's Game" in a campground late at night just outside of Venice.
Posted by Eclectic Indulgence at 11:56 AM

Email ThisBlogThis!Share to TwitterShare to FacebookShare to Pinterest
Labels: Award