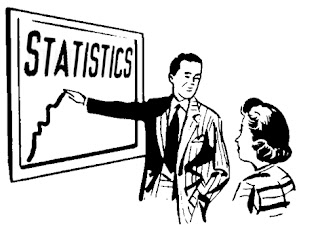 I've been around on this blog since 2004, which feels like such a long time ago.  I could go through all that was happening in the world at that time (which seems customary), but I just don't have the stamina for it.  After all these years, I don't think I have ever posted any blogger stats - so I'm going to periodically throw a few of them out there.  Instead of giving you a list of a zillion numbers in one go, I figured that I would just take a few minutes and share with you the top five viewed posts.  When I look at them, it's hard for me to justify why these are at the top... with the exception of maybe number five as tons of internet searches occur on greatest book lists (I now have this listed as a tab at the top of the blog).  Anyway, without further ado, here is the list:

Upon some further reflection, it seems logical that American literature would top the list, as many of the people that read the site are from North America.  Other than that, though, I can't quite link all these together.  Perhaps it has something to do with where in the interwebs these links have been posted.  For some reason, Tortilla Flat as a opening line is destroying the next best post by a wide margin, and has tripled the pageviews of the number 5 post.  Of course, the review for Tortilla Flat is nowhere to be found on the list.  And to be quite honest, if I would guess which Steinbeck review would be at the top it would not be that one.

What do you think?  Do you enjoy hearing about random stats?  What is your favourite post?
Posted by Eclectic Indulgence at 12:00 AM

Email ThisBlogThis!Share to TwitterShare to FacebookShare to Pinterest
Labels: stats

Well, I am a comparitively new follower so I haven't read any of these posts (though I had a look at the fifth one) but yes such random stats posts are always interesting.