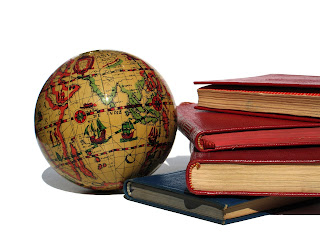 So we're three weeks into 2013 and I'm just getting to a 'year in review' post for 2012.  I didn't get back into the country until two weeks before Christmas and I have been spending time catching up with people and getting my bearings.  From a personal perspective, 2012 was a great year for me and I guess it's very difficult to complain when you only work for 1/3 of it, travel for 1/2 of it and use the remaining time to organize, reflect and read.  Last year I was only able to get to 18 books or so and this years' goal was to get through two a month (24 for the year).  I did it - and still had time to read a book of short-stories and a Shakespeare play.

This year I spent a lot of time reading the ancient classics, and I was extremely lucky to have a bookclub which thought this was a good idea.  After reading Homer and Aeschylus last year, I was able to read some Euripides and Sophocles in order to round out some of the great tragedians.  I was also able to read Virgil's Aeneid to get a Roman epic experience.  This led to a better understanding of Dante's Divine Comedy... as Dante travels around Hell, Purgatory and Heaven with Virgil as his guide.

I was also able to read a bunch of other epic, non-Greek works such as Beowulf, The Rubaiyat of Omar Khayyam and the Tale of Genji.  There is only one really long work read this year - that of Genji... a 1,200 page epic from 1,000 AD.

There are a few books that I have wanted to read for a long time that just don't fit into any categories or grand unified reading plan, such as Walden.  There are a bunch more self-help type books this year, as I have been going through some transformational change given some of the life-events mentioned at the top of this post.  Many of the other books were ones that I read simply because I had access to them traveling... a freeing way to read when one is used to providing oneself with a very structured approach to reading.

So here are the 16, with links to my thoughts on them:

Biggest Disappointment of 2012: Beowulf & The Rubaiyat of Omar Khayyam
With Beowulf, I think I read the wrong translation (William Leonard).  Everyone that read the Seamus Heaney translation seemed to like the work a lot more and given that I tend to generally like these myths/ancient epics (such as Gigamesh), I was quite surprised that this one didn't resonate with me especially since it inspired so much of Tolkien's work.  The Rubaiyat is so sacred, that I was surprised that I didn't find more transcendence in it... when I think back, what sticks out the most to me was all the wine drinking.

Most Difficult to Read in 2012: The Republic
Plato's Republic was tremendously satisfying, but it was rather academic in many cases.  Coupled with some of the language and outdated theories (due to more information now as well as different lifestyles), there were times in this work that I really struggled.  I found that it was all worth it, but it did test my patience at times.

Best Book of 2012: The Celestine Prophecy
This has nothing to do with the quality of the writing or the literary acumen, but simply that this book changed my life when I was in need of self-discovery.

Genres/Books/Authors I wish To Read More Of in 2013: I really want to read more Greek works, other ancient epics, some myths, some poetry and at this very moment... I feel like more Hemingway and Steinbeck.  I also want to try some Russians like Gogol and Pushkin (both of whom I've never read).

Thanks for reading this post and bearing with me through my hiatus from book reviewing.  Looking forward to hearing about your experiences from last year, any recommendations you have for me, and/or your thoughts in general.
Posted by Eclectic Indulgence at 4:19 PM

Email ThisBlogThis!Share to TwitterShare to FacebookShare to Pinterest
Labels: Year in Review